USA and Hong Kong getting cheaper for expats 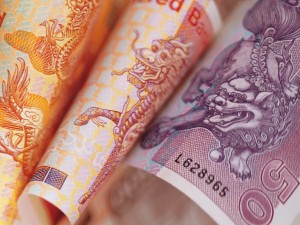 Hong Kong has gotten cheaper for expats because its currency is pegged to the US dollar.

Despite the euro crisis, your expat pounds (or euros, or yen) will go furthest in the US or countries with currencies pegged to the dollar, such as Hong Kong.

Of the 50 most expensive cities identified by ECA International’s most recent cost of living survey, only one was located in the United States. New York City ranked #46, behind Beijing (#35) and even Shanghai (#41).

When we look at Hong Kong in a regional context, the weak dollar means that the city is now cheaper than a number of other locations including Singapore, Beijing and Shanghai, where there has not only been significant price inflation but also currencies have strengthened.

ECA calculates its cost of living rankings twice a year using a basket of prices for consumer goods and services. Inflation and currency exchange rates are two of the main factors influencing expat cost of living. Exchange rates in particular were critical in this year’s ranking, as “haven” currencies like the Japanese yen and Swiss frank appreciated due to the euro crisis.

Unsurprisingly then, Tokyo remained the world’s most expensive city for the second year running. In fact, a total of 4 Japanese cities placed in the top 10, alongside 4 more from Switzerland.

Hence expats looking to retire overseas are well-advised to avoid Japan and Switzerland, particularly if they are living on a fixed income. Regardless of whether they are retiring or working overseas, however, expats should carefully monitor currency movements.

Depending on the currency you’re being paid and where you are saving or investing your money, you may find even it worthwhile to fix an exchange rate in advance.