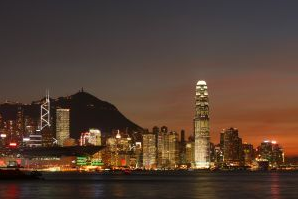 Since October 2012 expats in Hong Kong have had to deal with a tax of 15% on purchased property.

At the end of October a 15 percent tax on property bought by foreigners became valid in Hong Kong. The implementation aims to cool down the strongly overheated property market and it may be followed by further steps.

For almost twenty years Hong Kong has been considered the world’s freest economy with the fewest regulations. Now, chief executive Leung Chun-ying has announced a 15 percent tax on properties with foreign buyers. It is obviously directed against buyers from the Chinese mainland who are by far the largest group in this section. But the new tax inevitably touches expats as well and punishes those who plan on staying in Hong Kong for the long-term.

The price for properties has almost doubled over the last three years although the city has already been among the most expensive in the world before. “The only place where a rich banker feels extremely poor is Hong Kong,” a managing director of a US bank told The Globe and Mail. Except many Chinese buyers speculating with properties, low interest rates and easy credits are seen as main reasons for the critical situation on the market.

Besides the implementation of the new tax, the government has already changed mortgage requirements to decrease the risk of a property bubble. Moreover the resale tax on property was raised by 5 percent while the time during which the tax must be paid was extended to three years after buying. To further feed the property market some public items that were earmarked for rent may be released for selling in the future. The government announced that more reforms or restrictions can not be excluded.

The first week after the changes did show a decrease in sales but other effects are about to follow. While the tax might keep foreign investors from buying for the purpose of reselling and thus boost the property supply on the new home market, the secondary market could develop in the opposite direction. Owners may keep their property in order to avoid the high taxes tied to quick reselling. As a consequence the supply on the secondary market will decrease.

Singapore has had to deal with a similar situation and implemented a tax of ten percent for foreign buyers last year. So two main worries affect expats:

To evaluate the long-term effects we will have to watch next years’ development.