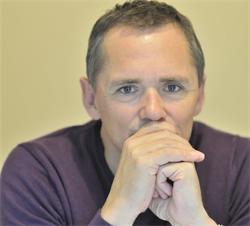 Greece's woes may yet have a silver lining, according to Stuart Orchard, founder and owner of XpatAthens.com.

Greek locals aren’t the only ones suffering the harsh reality of the debt crisis. Expats are under increasing pressure as companies eliminate assignments and strikes disrupt businesses linked to tourism.

But in every crisis there is opportunity, and Greece is no exception. Stuart Orchard, owner of XpatAthens.com, tells us how more reasonable property prices could attract a new flow of expatriate investors.

A lot of people are leaving the country. In my circle of friends I know four families that are going. One is a pilot, another is a guy whose business has gone down the tubes.

There are a lot of American, Irish, British and Australian expats here. As more and more people are laid off and can’t get work they see better opportunities at home.

Has the worsening business climate translated into fears about Greek banks? Do you see expats moving money elsewhere?

There is a little bit of talk in the pubs. People whisper whether it’s safe to have money in this bank or that. But people haven’t been withdrawing money en masse or anything. Personally I have money in both Greek and English bank accounts. I’m not worried about what I have in the Greek banks..

Warren Buffett says to be greedy when people are fearful… do you see the crisis creating any opportunities for foreign businesspeople or expatriates?

With regard to property, prices are slowly starting to come down. In Greece lots of people own two or three houses. For a long time property prices were similar to what you’d see in New York or London—and we’re in Athens mind you. Property was just massively overvalued.

People were in denial for a long time about that. They were unwilling to negotiate on price. They’d rather hold a property open for two years than take less. Values are still probably above where they should be but they are coming down. This is also a result of new tax laws that impose losses on empty properties.

They still have a little ways to go, but I think they will get there in a few years. There will always be opportunities to be had in bad times.

Are there downside risks that might not be readily apparent to a foreigner looking at property?

One of the biggest things is the strikes. If they continue tourism is going to be hit and so will people renting property. They strike at the ferries, at the airport—people get nervous and don’t want to come to Greece.

Have you experienced this personally?

Yes. I rent a villa, and someone cancelled on me because there was going to be a general strike.

Greece is an expensive place. It’s not cheap to come here on holiday. People don’t want to take the risk of paying to come here during a general strike.

Is Greece looking at a much smaller expat community for the foreseeable future?

Probably. As an example you can look at XpatAthens.com’s newsletter mailing list. Starting in 2007 it went from 0 to 15,000 people. But in the last year and a half it really hasn’t been growing.

Maybe we’ve reached our limit, but I tend to doubt that. I would have expected another healthy year-on-year increase.

Stuart Orchard set up XpatAthens.com 5 years ago, after moving to the Greek capital and identifying a need for a community-based English language website. He has since grown the site into the largest web-based information source for international people visiting or living in Athens.  Married with two small children, Stuart embraces Greek-style family life. He enjoys visiting the Islands, swimming in the Aegean and dining at tavernas on the beach, as well as commenting on the recent tumult in Greece to XpatAthens.com’s 15,000 subscribers. http://www.xpatathens.com

Stuart has been a backbone for non-Greek speaking people in Athens. I hate to see him selling XpatAthens.com but “What can we do?”, as a Greek person would put it.

Yes from what I understand there are also two related businesses up for sale along with it. I would be quite surprised if no one jumped on the opportunity to acquire three ready-to-run packages (especially Coco Real Estate), but if that’s the case it really says something about expats’ confidence in the Greek economy…