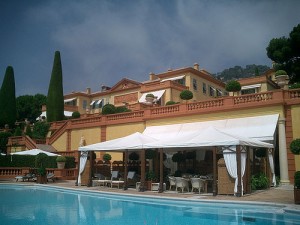 A weak euro is allowing Brits to snap up French property at a 10% discount.

Pounds sterling are currently hovering at about EUR 1.20–the best rate they’ve seen since the summer of 2010 (and before that, December 2008).

This has created some property bargains. Because of the favorable rates, French property can now be had for 10% less.

According to data from Offshoreonline.org (which helps source euro mortgages for UK buyers) the pound has risen from EUR 1.10 to EUR 1.20 in the last 6 months.  Buyers can therefore look forward to lower upfront purchasing costs, higher rental yields and ultimately higher real yields.

It seems the tide may be moving slowly in favour of the UK buyer with the weakening euro opening up some very attractive options. With mortgage rates available from 3.45%, we have noticed a slow but steady increase in enquiries since before Christmas which has continued into the New Year.

We asked Tim whether a similar trend was evident across other European countries. His answer:

The weakened euro ha also thrown up other opportunities across the board, but UK buyers would be well-advised to use this present period of currency weakness as an opportunity to focus on quality, not just price. Spain, for example, has a huge property overhang and prices have collapsed in a manner which is far more severe than that caused by the recent euro depreciation.

He added that another issue buyers face is deposit requirements, which are very high in troubled southern European economies:

Whilst we can arrange mortgages in Spain, deposit requirements are very high, due to the state of the market and nervousness of the banks. In Portugal, it is very hard to secure new funding without at least a 40% deposit too.

So just because property looks cheap doesn’t necessarily mean you should buy–it’s critical to look at prices in relation to historical trends.

We were also curious how long the bargain prices might last. Tim said it depends mostly on the euro crisis–and it’s tough to tell how long that will last, given the fiscal and competitiveness problems in struggling euro economies. He concluded:

We are certainly expecting the euro to be broadly weaker against sterling for some months.

The prospective property buyer in Europe can exploit this weakness today if buying for cash, for example by raising a lump sum against a UK property asset. If they intend to take out a euro mortgage, currency risk will always be present if they are earning in sterling and paying a debt in euros, but for now, the tide seems to be flowing in their general direction.

As usual, we caution expats against rushing into property investments just to grab a deal. As Tim says, quality varies wildly. This can be true from country to country, city to city and even neighborhood to neighborhood–a fact often masked by average figures. If you decide now is a good time to buy, it’s essential to find a specialist who can help you navigate the local market.