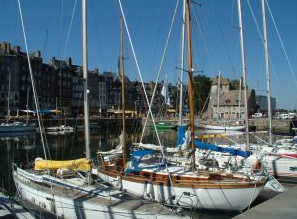 British and Italian expats continue to lead the property market in France.

Although the number has dropped slightly, British expats still account for a fifth of all house purchases by foreign buyers in France.

Over the same period the total transaction amount has risen to €384,000, this suggests buyers are focussing on higher quality homes.

Two of the most popular regions for British expatriates are Brittany and Normandy, in the north-west of the country. They are also important buyers in more southerly provinces such as Aquitaine, and the midi-Pyrenees.

Italian buyers dominate in the Paris region, and Provence Alpes Cote D’Azur in the south east of the country, according to the data.

Tim Harvey, managing director of specialist euro mortgage brokers, Offshoreonline.org, attributes the continuing popularity of the French market to the wide-range of choice and the availability of euro mortgages.

“Whilst in the UK we have seen lenders retreat from the market, in France, lenders have gone in the opposite direction, launching new products and cutting interest rates. Variable rate loans are currently available at 2.15%, whilst 10 year fixed rate mortgage rates are on offer from 2.80% with some lenders.”

Unlike in the UK, expat property buyers are often faced with a bewildering array of euro mortgages. In addition to long-, and short-term fixed rate mortgages, capped rates are also available.

Harvey explains why expats are increasingly looking at France, “Many who previously would have bought in Spain are now looking at France, as property values there have generally performed well at a time when values have crashed in Spain, for example.”