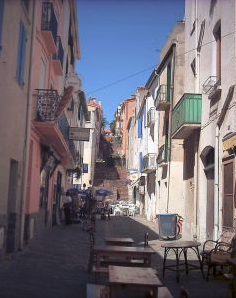 There is more than one explanation as to why the British are in pole position and far ahead of other buyers. For one thing, the property market in the UK is recovering and more and more people in the UK start selling their homes to buy property overseas.

Commenting on the figures Tim Harvey, managing director of French euro mortgage brokers Offshoreonline.org said, “With the UK property market now firmly in recovery mode, it was just a matter of time before UK buyers began selling  in a strong market at home and banking gains to buy abroad. France represents a popular choice for many and French values have weathered the economic crisis far better than Spain’s prices over the period since 2007, making France a sound investment in its own right.”

Another reason for the Brits’ relatively high representation among buyers is the shrinking total number of foreign transactions in France. In 2012, just under 15,000 transactions were recorded, whereas in 2013 there were fewer than 13,000.

This indicates that the French property market is weakening, with transactions gradually decreasing. However, experts argue that the market has already hit bottom and now is the best moment to buy. Due to the exceptionally weak euro, buying overseas has become cheaper than ever, and property in France, as opposed to other countries such as crisis-ridden Spain, is still a sound investment.

Another explanation for the high number of British buyers is the price of mortgages in France. Now that the European Central Bank has cut interest rates to their lowest ever level, mortgages have also reached their low point. The Euribor (Euro Interbank Offered Rate), a reference rate for interest rates for many banks, has reached 0.2%, making mortgages available from an interest rate of just 2.3%. Moreover, French banks offer a great variety of loans, with variable mortgage rates and deposit amounts, adapting to the different needs of buyers.

Against initial expectations, Britons do not buy in the more metropolitan and expensive areas like Paris, or the Côte d’Azur, and the ski areas in the Alps. These make up 3, 10 and 17% of British acquisitions respectively, and at the same time constitute properties of better value.

British expats, holiday- or second-home seekers rather prefer domiciles situated in more rural and cheaper areas. Regions such as the Loire, Charente and Limousin are most popular with British buyers and make up around 70 to 80% of overall property purchases by foreigners in France.