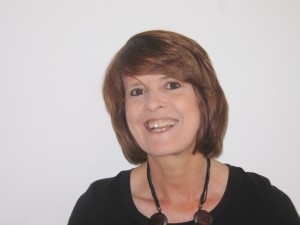 Expats investing in London property could improve their yields by 10% just by researching the market more carefully, found a recent report from Offshoreonline.org. Many overseas buyers look at average figures for the city when making purchases, ignoring critical variances across specific neighborhoods. Expat Wealth spoke to Erica Evans, Director of Expatfindaproperty.com, to get the full scoop on the market.

The elephant in the room here is the riots. Do you think they’re going to have a long-term impact on buying patterns?

We need to be careful here, as there are many factors at work.

Riots and unrest have tended to flare up in quite random areas, from relatively poorer parts of London (Tottenham) to more affluent suburbs such as Ealing. Inevitably, fashionable areas where affluent residents sit alongside generally poorer communities, like Hackney, have seen unrest too. Outside of London the pattern is similar: a mix of areas have been affected.

If investors are looking at London or other cities, they need to be aware of the local history and local issues that affect a community–Hackney for example is often portrayed as vibrant and culturally diverse, which is true, but equally it has its problems. [Expatfindaproperty’s] role as house search agents is simply to give all those facts to a buyer, something an estate agent would almost certainly never do, as they represent the seller’s interests.

So all other things being equal, where is the London property market headed in the next year? Will prices continue to diverge sharply across areas?

London has always been unique, mainly because the central areas appeal so strongly to foreign buyers, especially Italians and those from the Far East. It does not take many high-end Kensington purchases to start to skew the average by a noticeable amount.

Property prices in London are much higher than the rest of England–some areas are back to pre-2007 levels. Why is it there’s been recovery in London but not elsewhere?

Overseas buyers are a big part of this reason, also city bonuses which have gone unreported but which make places like Wimbledon, Wandsworth and Clapham very popular as they link easily to the City and Docklands.

Would you advise an expat interested in UK property to stick to London then, or is a long-term play elsewhere advisable?

It depends entirely on his family situation, he may have kids about to go to university for example, so buying a buy-to-let in a university town could save significant rental costs at a time when university fees have basically tripled. Many parents are looking at this option.

In terms of pure liquidity, good properties in popular parts of London will always sell, which can be a useful insurance in a slow market if a client needs to liquidate an asset quickly.

Where do you see expats buying properties? Has this changed in recent years?

They tend to buy all over the UK to be honest, it’s often driven by family links or young children at boarding school. Around 5 years ago we saw strong demand in the regeneration centres in the north: Liverpool, Newcastle, Manchester, Leeds. But equally, many buyers were not aware of the over supply of new apartments in these centres, which has had a negative effect on capital values. Now this demand has virtually dried up, and buyers are rightly being more cautious. 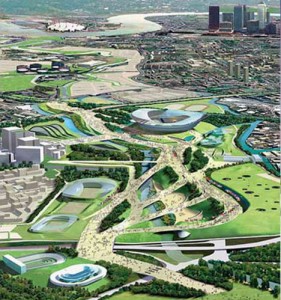 “The Olympic story is grossly over-hyped”

What are the biggest mistakes you see expats making as they buy?

Particularly with apartments, they can be seduced by high potential yields. There is nothing wrong with a high yield in itself, but buyers need to understand that just like shares, if a property has a high yield the capital value will probably not rise very quickly.

This can however, make them ideal income vehicles. For example, ex-local authority flats in Roehampton looking out over Richmond Park have until recently yielded around 10%. Because of strong student demand they can be quite easy to sell, but buyers should budget on the capital value only increasing slowly each year.

Another mistake is to follow the herd. A lot of people bought buy to lets in places like Wales and Liverpool because they heard rumours of excellent rental yields, however these areas quickly became over valued and now are seeing some of the biggest annual falls. -4.8% in Merseyside and -3.8% in Liverpool.

We also believe that the Olympic story is grossly over-hyped. In Stratford, for example, prices are falling with a Borough average of – 1.7%. A quick visit to Stratford station where the new Westfield shopping centre is being built confirms that this is an area that will not be transformed overnight, but it is popular for rentals.

So where do you see the best value plays right now for expat property investors?

There are good rental yields to be had in places like Roehampton, capital values are rising very fast in Hammersmith and will continue to do so as Crossrail becomes a reality. In Hackney there are some excellent value new build apartments, but again, buyers need to understand that capital growth will be slow. Rental demand should remain high, however, due to a vibrant social life and very close proximity to the city.

Erica Evans is Director of Expatfindaproperty.com. Prior to that she worked for a number of small London agents and was Lettings Inventory Manager for one of the largest in southwest London. Managing the throughput of property stock and serving in client-facing roles allowed her to develop a strong awareness of clients’ needs.