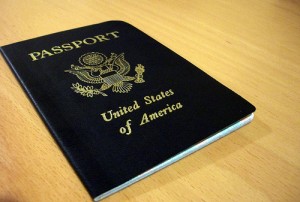 Some time ago Time’s Helena Bachmann observed a growing phenomenon among American expats: renouncing their citizenship for tax reasons. Bachmann’s story was written in the spring of 2010, and noted

According to government records, 502 expatriates renounced U.S. citizenship or permanent residency in the fourth quarter of 2009 — more than double the number of expatriations in all of 2008. And these figures don’t include the hundreds — some experts say thousands — of applications languishing in various U.S. consulates and embassies around the world, waiting to be processed. While a small number of Americans hand in their passports each year for political reasons, the new surge in permanent expatriations is mainly because of taxes.

A June 2011 piece on The New York Times’ blog found that trend little changed. Catherine Rampell wrote that 499 expats renounced their citizenship in the first quarter of 2011, up from an average of 115 for the previous seven years.

The reason? The US tax code (already notorious at home) does expats few favors–if anything it makes managing their finances more difficult. The US is one of the few countries in the world requiring citizens with permanent residence abroad to file tax returns in both the country of residence and at home. International tax attorney Andrew Mitchell told the New York Times the penalties for failing to file (or filing incorrectly) are “potentially bankrupting.”

At first glance this seems extraordinarily over the top. But one must bear in mind that for 2011 up to $636,000 can be excluded from an expat’s income. The debate over expat tax policy is therefore not so much about Uncle Sam sticking it to the rank and file of American expatriates, but rather the ultra-wealthy. The record 499 renunciations of citizenship are out of more than 6 million American expats living all over the world.

With the $636,000 exclusion from the mark-to-market gain, many individuals can expatriate without paying any U.S. tax. It is important to note, however, that some individuals, especially those with assets in foreign pension plans, may unexpectedly pay more tax than they realize. The circumstances of each individual considering expatriation must be closely analyzed to determine the amount of U.S. tax that will be due upon expatriation.