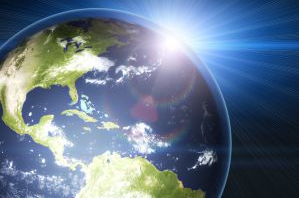 Expat Explorer, the expat survey conducted by HSBC expat, is in its fifth year of operation. This year, the largest global survey of expats, depicts the impact of the economic downturn on the global expat market.

The Middle East continues to draw financially minded expats, however, figures demonstrate that compared to Europe, those in the Middle East are looking to leave soon. The Middle Eastern market for expats seems to be dominated by young professionals aiming to take advantage of the higher income, while never looking to settle permanently. Approximately one third of expats in Saudi Arabia (34%), Qatar (30%) and Oman (29%) are actively looking to leave the country, either to another placement or simply to return to their home country. This is a high proportion compared to the the one third (13%) of expats globally that are looking to relocate. The survey states that the high percentage is not due to unfavourable conditions. Rather expats in the Middle East have been shown to retain a higher affiliation for their home country, only ever intending to move to the Middle East for a set period of time.

The survey results demonstrate that the economic downturn has affected expatriates’ decisions on whether to stay or leave their respective host country. The survey shows Southeast Asian countries such as Singapore, Thailand and Hong Kong, top the charts in various factors such as earning levels, disposable income and ability to accumulate luxuries. Singapore ranks highest in the survey overall, with the highest proportion of wealthy expats. Nearly half (43%) of expats in Singapore earn over US $250,000 per annum, compared to the global amount of 7%.

The survey therefore demonstrates that Southeast Asian and Middle Eastern countries provide higher incomes, with the ability to bestow their expat workers with a standard of living unattainable in their home country. Despite this, in the case of Middle Eastern countries, expats never seem to be looking to relocate there permanently. In the case of European countries however, expats are prepared to weather the economic downturn in order to stay.

I’ve just read that ‘high salaries and the low tax rates on personal income in many Middle Eastern countries have helped expats to secure increased disposable income as a result of their move, in comparison to those living in other regions’.

My question is this: are there any areas which contradict these findings?