Expats earn most in Russia 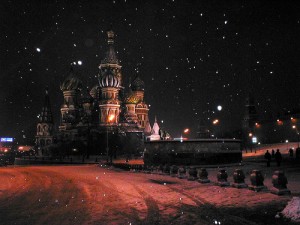 Expats living in Russia earn the most, with both the highest income and disposable income, according to HSBC’s 2010 Expat Explorer Survey. Russia was top of the heap when expat destinations were ranked by income and likelihood of owning more than one property, followed by Bermuda and Saudi Arabia. Singapore (the #1 expat destination in the world in 2010) placed fourth.

HSBC attributed Russia’s performance to a larger trend involving Brazil, Russia, India and China. Expats are flocking to these countries–the so-called BRICs–in increasing numbers. Fast-growing, developing economies enable them to earn, invest and save much more than in their home countries.

According to the survey results

While close to two-thirds (63%) of all expats surveyed said they are earning more in their host country than in their country of origin, expats based in BRIC countries scored much higher (Brazil, 69%; Russia, 82%; India, 70% and China, 75%). In addition, with the exception of Brazil which fell slightly under the overall average, expats in BRIC countries were also more likely to see increased career opportunities within their host country (64% overall compared with; Russia, 82%; India and China, 70%).

Across all 100+ countries surveyed, 61% of expats indicated they saved more than in their home countries–38% that they invested more. Among expats in Russia those numbers were significantly higher: 76% and 55%, respectively. Russia’s oil and gas sector is a key driver for expat earners, and there’s no sign of foreign interest letting up. France’s Total recently acquired a stake in independent gas producer Novatek (little cousin to the state-controlled behemoth Gazprom), reported The Financial Times in a 2011 special. Not to be left out, both BP and ExxonMobil have cut a slew of exploration deals with state-run oil producer Rosneft.

Hence, with western firms still eager for a piece of the action in Russia the country should remain a top destination for expats. This despite rampant corruption and judicial credibility issues. In June Russian President Dmitry Medvedev told Reuters his country’s growth could match Brazil and China, “if it solves its problems.”