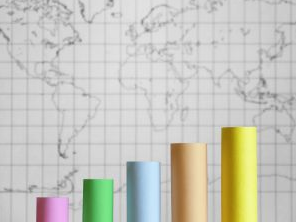 Many expats have seen their finances improve despite the continuing economic downturn.

According to the annual NatWest International Personal Banking Quality of Life Index, expats who relocated to the UAE have seen their finances improve “dramatically” since moving.

The same response was also given by expats in Singapore, Hong Kong and China. The survey also showed that 72% of expats have not seen a decline in their quality of life over the past five years. This is despite the ongoing economic problems around the globe.

Robert Church Taylor, an expat in Dubai, told the Telegraph the global economic slowdown had a significant effect on expats in the UAE when it began. However, the country seemed to be “finding its feet again.”

“My financial situation has certainly improved since moving here. There’s a 20-30% salary increase here compared to the UK, and a lower cost of living,” he added.

Those expats in Australia, Canada and New Zealand stated that their finances had “improved significantly”. The country that came first in terms of overall quality of life was Canada for the third year in a row.

Those expats in Western Europe reported their financial position had only “improved moderately”. This is in-line with the austerity measures and ongoing Eurozone crisis which is limiting economic prosperity.

NatWest head of International Personal Banking, Dave Isley, said in a statement, “Those who are most likely to return home are those who retired to France, Portugal and Spain as their disposable income diminishes and the cost of living rises.”