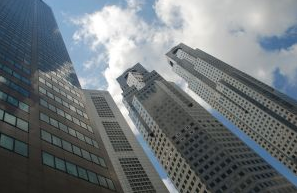 More British expatriates are being attracted to the Far East, with the US and Western Europe seeing a decrease in expats

According to the NatWest International Personal Banking (NatWest IPB) Quality of Life Index more British expats are moving to Asia than ever before. Whereas the number of people looking to move to Western Europe and the US is declining.

The study noted a decrease of 11% in expatriates moving to the USA but an 18% increase in expats working in Singapore and China over the last five years. Hong Kong is another area that is seeing rising numbers of British expatriates.

The booming economy and low tax regime is the reason Hong Kong is seeing this growth in expats, along with Malaysia, China and Singapore, according to Guardian Wealth Management. The financial advice firm has recently opened an office in Hong Kong, with plans to extend its operations into Malaysia, mainland China and Singapore in the future.

“While the markets in the West continue to struggle under the economic malaise, Asia’s growth has soared and this is undeniably exciting for British expats,” David Howell, Guardian Wealth Management’s chief executive told ExpatForum.

The NatWest IPB survey revealed a thriving economy and improved salary prospects have contributed to the 18% increase in expats working in China and Singapore.

“As infrastructure and business models develop across Asia, and more businesses expand into Asian markets, we are likely to see a rising number of British expats turning their backs on Western Europe and the US in favour of the Far East,” explained Howell.

Hello! I love expat-wealth.com and glad to be here.