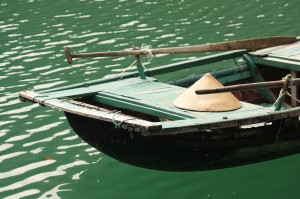 Countries like Vietnam, with their low costs of living, are attractive to young expats

HSBC’s latest Expat Explorer Survey has revealed a finding which might go some way to explaining the recent popularity of frontier economies with young expats: the cost of living in Europe.

While prices on the continent are, not surprisingly, higher than ever; the cost of living in Asia and the Americas means that, despite lower salaries overall, frontier economies are encouraging more expats to relocate.

Countries in Western Europe feature especially high in the expat expenses league table, making them off limits to those earning lower salaries. Add to this the fact that higher taxes and transport costs leech a significant proportion of what income expats do earn in Europe and it’s not difficult to get a sense of why many young professionals are looking further afield.

The classic disadvantages of distance from home, unfamiliar languages and cultures, and a feeling of isolation are starting to matter less and less to expats and in some cases these problems are becoming obsolete.

Better communications – Skype is a prime example – now allow far-flung expats to keep in better contact with their friends and loved ones at home. In an increasingly globalised world, problems of language and culture are ever diminishing due to the prevalence of English, and larger communities of fellow expats in previously inhospitable destinations means foreigners have a large support group abroad.

Vietnam, Indonesia, Turkey and Mexico (collectively known as the VITMs) are all showing big increases in the numbers of young expats moving to their shores. There’s no doubt the cost of living in Europe has helped drive this trend, and if it continues to climb, the numbers are likely to gather pace.

As these countries become more established for those seeking to move their jobs, find a better quality of life, or just experience a more exotic and complex culture; frontier economies could become huge draws for expats in the years to come.