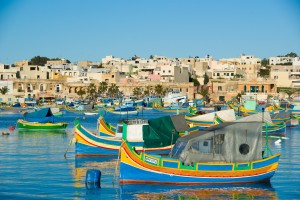 The Chancellor of the Exchequer, George Osborne, recently announced another raid on pensions. This time the target is tax relief on pension contributions.

Incentives to keep retirement funds in the UK are being increasingly eroded. Experts predict that the already booming overseas pension transfer market is set to grow significantly as these proposals are implemented.

It has been reported that Mr Osborne plans to squeeze more cash out of higher earners in his bid to cut the Government’s record budget deficit. One proposal that was closely studied by the Treasury before last month’s autumn statement was a drastic cut in the maximum annual pension contribution that is exempt from tax. The current maximum exemption of £50,000 and this will be cut to £40,000 in the financial year 2014/15.

A move such as this could mean that up to four million British expats are hit with an extra tax bill, which potentially runs into thousands of pounds each year.

Wealth management gurus say that this will prompt an increasing number of Britain’s retirees who live in countries such as Germany, Spain, France or Italy, to move their pensions out of the UK.

“Should this important incentive for putting money aside in the UK be removed, and as people seek to protect their retirement funds from the Government’s ongoing raids on the money they’ve prudently put away, it is highly likely that more and more expats will look to move their pension pots to a jurisdiction where they will be taxed less.”

James Dodds and the deVere Group also expect a growing number of expatriates who hold UK pensions to consider moving their funds into HM Revenue and Customs-approved Qualified Recognised Overseas Pensions Schemes (QROPS) in countries such as Malta.

Malta was the big winner as a result of the changes made by the UK’s tax authority earlier this year. It doesn’t have to make any amendments to its pensions legislation, which, unquestionably, provided positive support for the jurisdiction.

An increasing number of independent financial experts are hailing Malta as the next major hub for QROPS, as it is an English-speaking, EU country, which boasts 59 double taxation agreements.

As there are increasingly fewer incentives to keep retirement funds in the UK, expats and their financial advisers should compare the performance of a British scheme with a QROPS. Research should be carried out with regards to the passing of funds to beneficiaries in a tax efficient jurisdiction, and also for receiving benefits.

Accurate, up-to-date and independent advice is vital. Doing your own homework and speaking to an established, trusted and respected financial advisory firm will be invaluable when considering moving any retirement funds.