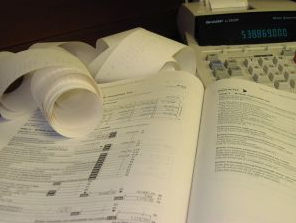 U.S expatriates may consider renouncing their citizenship to avoid increasing scrutiny from the U.S government.

The announcement by Facebook co-founder Eduardo Saverin that he relinquished his U.S citizenship prior to Facebook’s IPO created a media storm. By becoming a Singapore resident, Saverin can take advantage of the zero capital gains tax levied in the country. This move means he can avoid paying a potential $67 million in taxes in the U.S. Since then, the news has been filled with stories of the number of U.S expatriates renouncing their citizenships for tax purposes. Experts say the numbers have been exaggerated and while some expats choose this option, it is a decision not to be made lightly.

“Anecdotally, it would appear that the rate of people renouncing US citizenship is tied to increased government efforts to enforce US tax regulations on US citizens living abroad,” says Greenback Expat Tax Services President, David McKeegan.

It seems likely some U.S expats, perhaps those with dual citizenship or with few ties to the United States found the compliance side of citizenship started to outweigh the benefits. In an attempt to discourage other expats from making the decision to give up their citizenship, two U.S Senators have proposed the Ex-PATRIOT Act. Among other things, the act would impose a 30% capital gains tax on those who give up citizenship and ban them from ever stepping foot on U.S soil again.

While this Act hasn’t made it through congress yet, Greenback tax experts urge American citizens to seriously consider the possible benefits and consequences of renouncing citizenship.

On the plus side, it could potentially eliminate double taxation on income earned in a foreign country, reduce the stress and cost of preparing tax returns and FBAR forms and avoid the anti-terrorism reporting requirements that have led many foreign banks to refuse to provide services to US citizens. Also, social security payments will still be sent to former citizens.

Negative side of renouncing citizenship

On the negative side, all rights and privileges afforded to US citizens will no longer apply, a tourist visa will be required to visit the US and taxes will still be owed through the date on the Certificate of Loss of Nationality.

Those who are considered “covered expatriates” due to having a high income will be responsible for an additional exit tax over and above their tax liability for that year. Additionally, it’s considered a forfeiture of military retirement benefits when a former member of the US military renounces their citizenship. Above all, it’s tremendously important to note that once an expat has formally renounced their US citizenship, the decision is permanent and irrevocable.