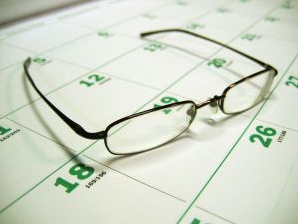 As Albert Einstein said, filing tax returns is “too difficult for a mathematician. It takes a philosopher.” When you move countries, you should check whether double taxation could be a problem for you. If there are overlapping tax years, you might be in for a nasty surprise.

What is double taxation?

If you are a resident in two countries for tax purposes this can result in double taxation – where you pay tax in the country you are living in and your native country. This can be income tax, inheritance tax or value added tax (VAT).

Double taxation can create problems for expats who have moved to a country where the tax year doesn’t correspond with the one in their home country. Most countries follow a tax year from January to December, where taxes must be filed by early the following year. However, many popular expat destinations have a completely different system. For example:

Tax treaties between countries are in place to limit the chance of double taxation. If you think you could be at risk it might be best to ask a tax advisor to look into the existing treaties. Treaties vary widely from country to country but most:

Within the EU, tax treaties are in place to prevent double taxation and the US has treaties with over 60 countries. However, the risk is still there, especially if a double taxation agreement does not exist between one of the countries you are resident in and your home country. If this is the case, then relief would be dependent on the local taxation laws.
If you are a British resident for tax purposes you will be expected to pay UK tax on everything. If, however, you stop being a UK tax resident any UK income is taken out of the equation. For example, France would expect an expat to pay tax on everything, including UK income. In this case, with the overlapping tax years (France uses a calendar year), any tax you pay in the UK on your income will be deducted as credit on tax owed in France.

Martin Rimmer, manager of the international tax team at The Fry Group Singapore, explains the problems of double taxation with an example:

Let’s take David, he’s given a 12-month contract to work in “Expatland” for ABC Ltd. He will be paid GBP100,000 into an offshore account and will be living in “Expatland” throughout the 12 months.

He begins work on 6th October 2010 and returns to the UK when his contract ends in October 2011. “Expatland” has a calendar tax year and applies a flat tax rate of 15%.

The problem is that David – though abroad for one year – continues to be resident in the UK for tax purposes as he’s not in continuous overseas employment for a full UK tax year. This means that both “Expatland” and the UK will claim taxes on his income.

Consequently the UK will want to tax his earnings from ABC Ltd. but will take into account any tax he paid in “Expatland”. If we assume he has no other income during the tax year his UK tax calculation for the 2010/11 tax year would look like this:

Taxable income (October-April): £50,000
UK Tax to pay on earnings £9,930
Less: “Expatland” tax 15% on £50,000 -£7,500
Total liability to UK tax office: £2,430This additional tax is a unwelcome burden, David would want to look at the tax treaty between the UK and “Expatland” to see if this could help him eliminate this double taxation situation. Sometimes it might, otherwise he will be liable to pay the extra £2,430 in the UK.

Another problem is the time scale for filing a tax return. If the “Expatland” tax year ends 31st December 2010, and the UK tax year ends 5th April 2011 the final tax return for earnings in January, February and March 2011 can only be calculated from 1st January 2011. This leaves David just 31 days to submit his 2010/11 tax return on time.

If this situation happens in reality, the UK tax office will allow you to make an estimate of the “Expatland” tax due on January to March earnings.

The situation with UK pensions is slightly different. Any income from a UK pension is only taxable in the country where a person is resident. For example, someone with a pension from Barclays bank, payable in the UK, decides to retire in Spain. The Spanish authorities will tax the income from this pension and no tax will be levied in the UK.

Before moving abroad it is always best to seek the advice of a financial expert. They will be able to look into existing legislation between the countries concerned. Relief is usually provided either on a credit basis or by deduction, depending on your location.

Hi, I m an US citizen who is also a HK resident that lives and works in HK for the entire 2011. My company is a Hk company and they pay me hkd in Hk. So my question is I m currently preparing for my 2011Apr-2012Mar Hk tax return and also my 2011Jan-Dec US tax return (due date jun 15, 2012). My understanding is that since all my earned income is from Hk, I will not be able to claim any credit for us taxes paid on my Hk tax return. On the other hand, I will be able to claim foreign income exclusion and also foreign taxes paid credit (on the remaining un-excluded foreign income). Now my prob is that the Hk tax assessment will not be out until say a month or two from now and actuall payment not until jan and apr in 2013. So I don’t know what to put down on my US tax return asto the amount of Hk taxes paid. Should I estimate my hk tax liabilities based on 15% rate for the 2011jan-dec? Or should I do my US tax return on a “cash basis” where only claim Hk taxes paid credit in the year I actually pay Hk taxes? Thank u so much!!!

But if anyone gets double taxed it is because they didn’t do the necessary thing and look
into this before and are ignorant to the facts . I have personally filed a Federal Lawsuit against the corrupt IRS and am getting my money back they stole as to such. Yeah,Me I do not fear them, most do.