The pitfalls of dealing with local banks 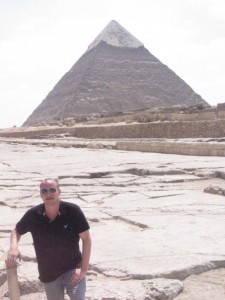 Nick Lewandowski worked in Egypt as editor of CI Capital Holding. Opening a bank account with the parent company, CIB, turned out to be a big mistake.

I currently have  the equivalent of USD 3,000 trapped in a current account in Egypt. This is my story, which I tell to illustrate the potential pitfalls when dealing with local banks as an expat.

Banking is high on the list of things an expat needs to sort out when moving abroad. He needs an account where he can deposit pay (no one wants to be hiding cash under a mattress), easily withdraw cash for bills and other expenses, possibly even link to a foreign credit card.

Big international banks such as HSBC offer robust offshore banking packages, but require high “relationship balances”–in HSBC’s case the equivalent of GBP 25,000. For established professionals this is no problem.

For those of us early in our careers, however, it’s nearly impossible to spare that much cash. This leaves us with two options when moving abroad: stay with our bank at home (and pay hefty commissions and conversion fees on international transfers and transactions) or go with a local bank. I opted for the latter, and it turned out to be a big mistake.

Actually opening a local bank account was made easy by the fact I was working for the investment banking subsidiary of Egypt’s largest commercial bank, CIB. All I needed was my passport, visa, and EGP 5,000 initial deposit. The account was open in a single day. It took me a while to get my debt card, but I chalked that up to the spotty reliability of mail service in Cairo. While in Egypt I never had any trouble with the account.

It was when I left the country and wanted my money back I began to have problems.

In November 2010 I left my job at the bank, remaining in Egypt till February 2011, when the revolution and resulting downturn in employment prospects caused me to return to the United States. In the chaos of early February I wasn’t able to withdraw my money (Egyptian banks were closed at the time). I figured I would take care of it from the States.

Boy was I in for a surprise. The problems started as soon as the banks re-opened.

My CIB experience demonstrated nearly all the risks that come with dealing with local banks as an expat.

I contacted CIB about withdrawing my money and closing the account, they told me that I could only do so for the online banking system. When I tried to register for online banking I got an error message telling me my debit card was not associated with my bank account. Technical support promised and repeatedly refused to fix this.

On another call a customer service rep told me the Central Bank of Egypt had forbidden external bank transfers. I was surprised to hear this (there wasn’t any news about it) and I contacted former colleagues from work to see if it was true. It was not. My old boss forwarded me contact information for someone he said could help–the man never responded to my queries.

It has been like this ever since. Customer service insists I can only arrange for this transfer through the online banking system (which makes very little sense), but refuses to fix the broken system. I have been told repeatedly by bank service staff that I should fly to Egypt, at my expense, and close the account in person. I shudder to think how lost I would have been if I hadn’t actually worked in the banking industry.

Since doing some research on my own I’ve heard from at least two other people who have had similar problems, in their cases at HSBC Egypt. One said someone at the bank told him the same story about the Central Bank forbidding external transfers to prevent capital from fleeing the country. I’m starting to believe my problems may be the result of some backroom Central Bank policies…

My experience illustrates a few of the potential pitfalls that come with opening a local bank account:

In short, if you as an expat decide to bank locally, you expose yourself to risks you may not be used to in your home country. You may find customer service lacking (in my case, non-existent), or that laws change to prevent you from easily accessing your money.

Parting advice for all expats: know and carefully consider the risks before opening a local bank account, particularly in a developing country like Egypt, where transparency is less than desirable. Carefully weigh the risks against the fees you would be charged to use your bank account at home, and most importantly opt for an offshore account if at all possible. Otherwise you may find your money falls into the same black hole as mine.

Nick Lewandowski has lived abroad in Germany, Spain and Egypt. He works as Writer/Editor for Just Landed’s series of expat blogs, including Expat Wealth, Expat Health and Expat Marketing.