How safe are your savings? 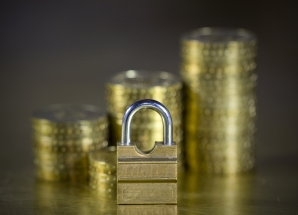 With concerns growing over the Euro, do you know what protection is in place should your bank collapse?

With increasing concern over the stability of the Euro, people have been pulling their savings out of banks to keep them safe. Greek savers have withdrawn their money from local banks amid concerns the European Central Bank won’t provide support to undercapitalized Greek banks. This has also been seen, to a lesser extent, in Spain.

Many expats have their savings in Euro accounts and with the current economic uncertainty you need to know how to protect your funds. First off, remember there are several layers of protection afforded to savings accounts. UK based banks offer a protection up to £85,000 per person per banking institution. So, if you have a joint account in a UK based bank, you are covered up to £170,000. However, if you have four bank accounts in one bank you are still only covered until £85,000 as it is per institution, not account.

Foreign owned banks like Santander, Yorkshire Bank and Egg Banking are still UK regulated and will protect your savings up to £85,000. Other banks, ING-Direct and Anglo-Irish for example, are not regulated by the UK, therefore you are only protected by the regulations in the bank’s home country.

Popular offshore banking destinations, the Channel Islands and the Isle of Man, have a protection limit of £50,000. These repayment schemes will come into effect should your bank collapse. The scheme is funded by levying other banks and money from the government.

People with savings in Irish owned banks will be happy to know that the Eligible Liabilities Guarantee Scheme guarantees their savings over €100,000 and this includes Irish offshore accounts. This scheme started in 2009 and is due to end next month, though it may be extended as it has been in the past.

Spread your savings around

To help give you peace of mind, it’s best to spread your savings over several institutions and accounts. Bear in mind the amount to which you are covered and leave less than that in the account. For example, for an offshore account in Jersey, keep a maximum of £48,000, with the extra £2,000 for interest. Spreading the money around also means you might be able to access some of it if one institution does collapse. While you might have to wait to get hold of your funds after the bank has collapsed, you will still have access to money in other banks.