The cost of living in the BRIC countries 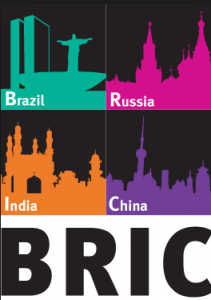 The well-known BRIC countries (Brazil, Russia, India and China) have been growing intensively in terms of economics, GDP and power over the last few years. They are predicted to be the most influential and largest economies of the 21st century.

Considering that these countries put together make up 40% of the world’s population, it seems perfectly reasonable that they account for over 25% of the global GDP. In this case, should expats expect the cost of living in these newly advanced economies to be sky high?

Moving country is neither easy nor cheap

Nowadays, people rarely stay in the same location all their life. We move around for study, for work, for love, for escape, or simply to explore. Moving countries is never easy nor cheap, especially when you need to stay on top form in your professional life and keep your sanity at the same time.

The number of expats moving to the BRIC countries is continuously increasing, as these countries become more and more globalised and advanced. The Global Relocation Trends 2012 study identifies China, Brazil and India as the most challenging countries for international assignees over the past four years. Also, all of the BRIC countries tend to be hardest to adapt to for programme managers.

Some of the main difficulties that expats normally experience are related to adapting to a new lifestyle and culture. The primary hardship factors include: economical level; political system; religion; public services availability; climate; personal safety and crime level; health standards; education standards; and last but not least, transportation factors such as public transport and road safety.

Referring to cost of living, one of the trends of 2012 was the rise of many Asian cities offsetting traditionally more costly European locations. According to data from cost of living comparison calculator, in 2011 Asia took 4 of the top 10 positions while in 2012 this increased to 7.

In particular, Australian cities rose rapidly up the rankings, primarily on the back of its strong currency. In 2011 there were no Australian cities among the top 10 most expensive cities. In 2012 Sydney was ranked 6th and Canberra 9th relative to other cities around the world. The 2013 survey sees a reverse of this trend with only 4 cities from Asia in the top 10, Tokyo 3rd, Hong Kong 5th, Yokohama 8th and Sydney 9th.

The BRIC countries in rankings 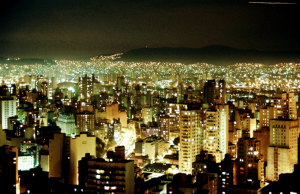 Sao Paolo, Brazil – one of the most expensive cities in the Americas

The cost of living in Brazilian cities is rather high compared to other countries. They rank 256th out of overall 780 cities worldwide (1 – most expensive, 780 – least expensive). Out of all the 13 baskets on which this ranking is based, Brazil is most expensive in terms of clothing, communication (telephone, Internet and data) costs, and household accommodation. Sao Paulo in Brazil is said to be one of the most expensive cities in the Americas.

The cost of living in India is very low compared to the sky-high education prices in Russia and Brazilian communication costs. Indian cities are number 753 out of 780 in terms of high cost of living (1 – most expensive, 780 – least expensive). Most highly priced in India are alcohol, tobacco and education. Still, India (in particular Mumbai) is said to be one of the most expensive countries in South Asia, along with Sri Lanka and the Maldives.

Hong Kong, China – one of the most expensive cities for expatriates to live in

China is relatively cheap to live in. Chinese cities rank as the 520th out of 780 worldwide (1 – most expensive, 780 – least expensive). China’s top prices are assigned to clothing, restaurants, hotels, furniture and appliances. In the Asia-Pacific area, Hong Kong, China is listed to be one of the most expensive cities for expatriates to live in, along with Tokyo, Yokohama, Sydney and Osaka.

Looking to the future

These countries have often been predicted to become the leading economic forces of the 21st century. Does that mean the cost of living in these places will jump sky high? The cost of living in most of the BRICs’ cities matches the quality of life there: however an extreme divide between rich and poor can often be observed. Identifying such challenges can help to improve the welfare in such places and make the quality of life worth the cost.

Do you live in one of the BRIC countries, what do you think of the cost of living there? Let us know in the comments below.