Guernsey may lose its QROPS business 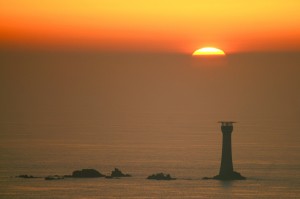 The sun may be setting on Guernsey as a QROPS haven.

The Channel Island of Guernsey has long been a popular destination for Qualified Recognized Overseas Pension Schemes (QROPS). But it stands to lose that status when new UK tax rules go into effect in April.

QROPS were originally created to help expats transfer their pensions overseas without crippling tax charges. But Her Majesty’s Revenue and Customs (HMRC) is now convinced both investment firms and expats are abusing the structures.

One of HMRC’s main problems is with expats holding QROPS schemes in tax havens. As such, it has proposed draft legislation that would eliminate Guernsey as a QROPS destination unless it changes the local tax regime. Another sticking point is firms allowing expats to withdraw their pensions as lump sums.

In a statement, the Guernsey Association of Pension Providers (GAPP) said it is appealing to HMRC for a favorable resolution:

Pension business for Guernsey and the associated major local employment requirements are a significant part of the fiduciary sector on the Island and, whilst there is a consultancy period before the proposed enactment on 6th April 2012, GAPP is already making representations.

GAPP added that HMRC’s issues were the result of abuse by individual companies. It expressed confidence the problem would be resolved satisfactorily.

If the new QROPS rules go into effect as written they’ll significantly limit expats’ financial flexibility, further reducing their options for getting round the UK’s infamous expat pension freezes.