Guernsey hits back at QROPS critics 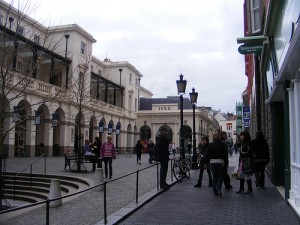 Expats could lose Guernsey as a QROPS destination.

Guernsey is being unfairly targeted by UK taxmen and the press, claims Peter Niven, Chief Executive of Guernsey Finance. The Channel Island is fighting to preserve its QROPS business and reputation in the face of a new law intended to cut down on pension abuses.

In a statement, Niven accused Her Majesty’s Revenue & Customs (HMRC) of blindsiding the jurisdiction, and the media of unfairly singling out Guernsey in its coverage.

The timing of this consultation and draft legislation has come as something of a surprise. This is especially the case considering the introduction of QROPS in Guernsey was the result of long and detailed discussions between our tax officials and HMRC. Indeed, this had enabled HMRC to agree our QROPS product with the fullest knowledge of the Island’s pension and tax regimes. Therefore, it is particularly disappointing that these proposed changes have come out of the blue without any earlier discussion or warning.

He then turned on the media, saying none of the proposed rules singled out Guernsey. In fact the majority of the legislation was aimed at countries like New Zealand, where expats are withdrawing 100% of their pensions as lump sums–something that’s never been allowed in Guernsey.

On this basis, we can only assume that some commentators are singling out Guernsey because of our position as a market leader for QROPS. It is somewhat ironic therefore that since the introduction of the current overseas pension arrangements in April 2006, our relationship with HMRC has provided the bedrock for the development of our QROPS industry to the extent that Guernsey is now recognized as the jurisdiction of choice for these products.

It looks like Niven may have missed the point.

The real issue isn’t whether the new rules are “fair” or not–or even whether Guernsey’s QROPS industry is on the up-and-up. The fact of the matter remains that the draft legislation would impose restrictions on the island’s business, which is bad for both Guernsey’s financial services industry and expats depending on its products.

In the end Niven’s statement does nothing to dispel those concerns (he did conclude saying discussions with HMRC would be ongoing up till the end of the new law’s consultation period on January 31st). In fact, based on his aggressive tone, we’d say expats looking to Guernsey as a QROPS haven should be very concerned indeed.