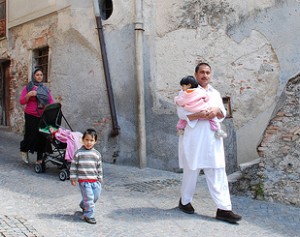 Foreigners in Italy remitted EUR 6.6 billion in 2010, according to a recent report from Western Union and Caritas.

Remittances from Italy fell 2.9% in 2010, to EUR 6.6 billion, even as worldwide remittances increased 5.5%. The statistics were released in the 2011 Statistical Dossier on Immigration put out by Western Union and Caritas, which aims to provide an accurate picture of the financial state of Italy’s migrant population.

The fall in remittances was linked not only to the general decline in the Italian economy but also a 35.6% drop in the Tuscany region.This was itself the result of tighter controls on illegal money transfer operations, which impacted the large Chinese communities in Florence and Prato.

In 2010, the main destinations for money sent out of Italy were China (EUR 1.7 billion), Romania (EUR 800 million), the Philippines (EUR 712 million) and Morocco (EUR 251 million). The average migrant remitted EUR 1,500, but there were significant differences across nationalities. The average among Chinese migrants, for example, is EUR 9,000 and for Filipinos is EUR 7,760.

Rome and Milan remain the largest sources of remittances in geographic terms, accounting for about 41.5% of all funds remitted from Italy. Naples, Florence and Prato each account for around 3% of total remittances.

The report also emphasized that in Italy the average cost of of a money transfer has fallen from 9% to 7.7% (determined in relation to the cost of sending EUR 150 between October 2009 and February 2011). This puts Italy on track to reach its “5 by 5” target–reducing the cost of money transfers 5% in 5 years in order to better support emerging economies.

[W]hile international organizations, NGOs and associations are aware of the crucial role of remittances in some regions of the world, local institutions and migrant associations should do more to direct the flow of money into the development of local enterprises.