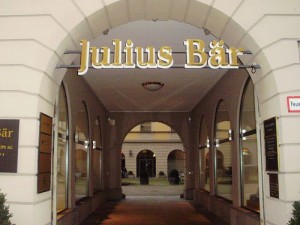 Two Julius Baer client advisors have been charged with helping US citizens commit income tax fraud, according to a Bloomberg report.

Two Julius Baer Group Ltd. client advisors were charged with helping American customers evade taxes, according to a recent Bloomberg report by David Voreacos and Giles Broom. The pair, Daniela Casadei and Fabio Frazzetto, are charged with conspiring to aid 180 clients in hiding at least USD 600 million from the Internal Revenue Service.

American tax authorities have been cracking down on foreign banks as of late. Charges have been filed against more than 30 clients and 20 advisers from eight banks, including UBS, HSBC, and Credit Suisse.

In terms of the Baer scheme, the Bloomberg story quoted US attorney Preet Bhara, who commented:

[Casadei and Frazzetto told their US clients their assets] would not be disclosed to the IRS because Swiss Bank No. 1 had a long tradition of bank secrecy and no longer had offices in the United States, making Swiss Bank No. 1 less vulnerable to pressure from U.S. law enforcement authorities than other Swiss banks with a presence in the U.S.

The story is a cautionary tale not only for would-be tax cheats, but also expats uncertain about their tax liabilities. Many countries, including the US, UK and Germany, are now making a greater effort to tax funds in foreign bank accounts. Hence, expats should always consult a reputable financial advisor specializing in overseas tax liability before moving abroad. While few expats ever intend to commit tax fraud, no one wants to find himself slapped with penalty fees for underpaying.