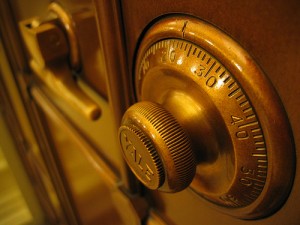 A double tax treaty recently inked by India and Switzerland grants Indian authorities the right to request information on suspected tax evaders for any period starting January 1st, 2011. This is one of just 70 tax treaties the Swiss have renegotiated since 2009, reported Simon Bradley at Swiss Info.ch, shedding further light on the once shadowy world of Swiss banking in an effort to help other OECD countries fight tax evasion and fraud.

Bradley interviewed tax specialist Mark Herkenrath, who insisted the exchange of information on foreign taxpayers had become only slightly easier:

It’s a Catch-22 situation. t remains difficult, as you need to already have lots of information to get the information you need, such as a customer name, strong evidence of evasion and details of bank contacts, such as the bank branch. As seen by the recent cases of Germany and the United Kingdom, a good DTA is not enough. These powerful neighbors have already negotiated new agreements which provide easier access to tax information. The Indian government got the maximum it could as an emerging market but influential industrial countries can get more information.

Estimates indicate India has lost more than USD 460 billion in potential revenues since 1947, mostly as a result of corruption and money laundering. Herkenrath told Swiss Info that figures of over USD 1 trillion are often cited but are “outrageously misleading.”

The treaty is an important milestone as increasing numbers of Indian workers venture abroad for jobs, particularly well-paying managerial positions. These highly qualified expats will be an important source of revenue for the Indian government going forward.

The treaty is also yet another instance of the Swiss cracking down on tax shenanigans. In mid-October two Julius Baer advisors were charged with aiding US clients in committing income tax fraud. With many government balance sheets in deplorable shape, the screws will only tighten further on the global movement of income. As we’ve written before, expats should always consult a qualified tax advisor before moving abroad in order to steer well clear of any potential pitfalls.