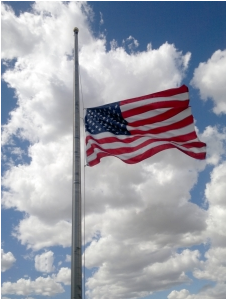 The new Foreign Account Tax Compliance Act (FATCA) legislation that will come into force next July (2014) has become the catalyst for many American expatriates to consider renouncing their U.S. citizenship.

U.S. citizens are required to continue paying tax to the U.S. government even when living and working abroad. However, this has not always been implemented as rigorously as it perhaps should have been. Completing tax returns is not an easy task and many expats didn’t bother at all.

It is often necessary for Americans living in a foreign country to enlist the help of professionals in order to complete the forms, who can charge an annual average of US$2,000. This figure could potentially rise to US$5,000 when FATCA is enforced. Some people only realise after the expense that they don’t in fact owe anything to the government.

Bridget, not her real name, told the BBC, ‘It became so complicated to do her tax return that she turned to professionals, at an annual cost of nearly $2,000 (£1,250), with the prospect of FATCA raising the price to $5,000. Also, fewer tax lawyers were taking on American clients, she says, and some banks were even turning away American money.’

With the proposed act, however, it will be the foreign financial institutions (FFIs) that are obligated to directly inform the US Internal Revenue Service (IRS) of all income and assets belonging to American account holders with more than US$50,000 on their books. The responsibility for adhering to FATCA will fall to the FFIs.

FATCA is designed to recoup unpaid tax from American citizens residing abroad, and to combat offshore tax evasion. The US treasury also claims that they are not giving their citizens any extra obligations. The statement from the U.S. Treasury can be found here.

Many American expats are calling for the new legislation to be repealed and instead have a residence-based taxation system put in place, like the majority of the rest of the world.

The high penalties and almost total lack of guidance on how to file tax returns for people living abroad, causes expats excessive anxiety on top of the usual strains of living abroad. This goes some way to explaining why the number of ‘ex-Americans’ is growing year on year; and they will even charge you some US$450 for the privilege of renouncing your citizenship.

Relinquishing citizenship, however, does not mean that all expats no longer consider themselves Americans, rather they are simply eliminating time consuming and stressful admin from their lives.

Reported by the BBC, one ex-American even suggested, “the only tiny downside (to giving up citizenship) is that I sometimes have to wait in a longer immigration queue to enter the U.S. when I visit.”