Monaco: More affordable than you think

Monaco is famous as the playground of the rich and famous, but this doesn’t mean it’s out of reach for wealthy expats. (Image: sxc.hu)

When someone is moving abroad to lower their taxes, there are a few European countries that they often look to. The obvious choices are the Isle of Man, the Channel Islands, Andorra or Monaco. Monaco has zero income tax, but while the lifestyle might be glamorous and the weather far better than the Isle of Man, the perception is that it’s not an affordable place to live.

Global property surveys often quote Monaco as the most expensive country in the world to buy an apartment. Those that don’t have the Principality as number one will have it in second or third place.

When it comes down to street level, Monaco again frequently tops the surveys. Avenue Princesse Grace is often highlighted as the most expensive street in the world to buy real estate.

It would seem plausible that Monaco is the most expensive tax haven in the world. Gaining residency in Monaco requires buying or renting a property, and so is only affordable to the ultra wealthy.

Surprisingly though, this isn’t the case. According to BanksinMonaco, many UK businessmen and women who research the Principality as an expat destination are often surprised that they have the financial means to live there. With regular flights to Nice from all over Europe, getting to and from Monaco is also relatively simple.

In 2012 Andorra made changes to its residency requirements. Now Andorra requires expats to make a €400,000 minimum investment in government bonds;  purchase Andorran property to that value; or perform a mix of the two.

Due to these changes, Monaco can be as inexpensive as its main European rival. Monaco does, however, have the distinct advantage of being close to the European transport system, including the rail network and an international airport.

How can Monaco compete as a tax haven? 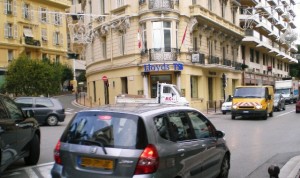 Lloyds TSB has been well established in Monaco for many years

The answer lies in how the applicant approaches residency and property in Monaco, and how long he or she needs a tax haven for.

Many of those wanting to move to a low tax jurisdiction only need it for five or six years before they can return home.

Part of being accepted as a Monegasque resident is showing the ability to support yourself financially. This is done by getting a certificate from one of the Monaco banks showing that a deposit has been made.

The solution to becoming a resident of Monaco is renting property. This is as well as choosing a Monegasque bank that requires a low initial deposit to secure a certificate that show that the applicant has sufficient funds to be able to look after themselves financially.

Different banks ask for various amounts, and these can vary widely from bank to bank. One of the leading banks is able to produce the certificate with a minimum deposit of €100,000. 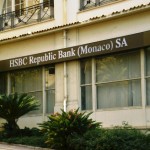 A one bedroom apartment in a relatively good building which has Mediterranean views and a parking space will cost around €3,000 a month. For two bedrooms, the current rentals start at around €5,000 a month.

For someone wanting Monegasque residency, the overall cost of renting a one bedroom apartment for five years would be €180,000 plus a €100,000 deposit for the bank (which the applicant keeps).

For a two bedroom apartment, the figures are €300,000 plus a €100,000 deposit which is returnable when residency is rescinded.

With the changes made in Andorra in 2012, Andorran residents could be the losers. Those wanting to move to a tax haven realise that Monaco is not just affordable, but surprisingly good value when compared to her competitors.

This article was submitted by BanksinMonaco. For more information about Banking and property in Monaco, visit www.banksinmonaco.com