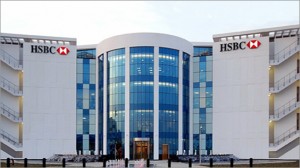 HSBC Egypt and CIB are accused of pressuring rights organizations, opening the door to broader concerns about the security of expats' money in Egypt.

Egyptian banks, including HSBC Egypt and Commercial International Bank (CIB) are being accused of helping the country’s military government crack down on activists. The Independent’s Alastair Beach wrote that, “[human rights groups and NGOs] which hold accounts with the global banking giant, say that over the past two months HSBC has contacted them requesting documents and information relating to their finances and work in Egypt.”

What does this have to do with expats?

First, if you happen to be an aid worker, human rights activist or journalist, the military government could be making a concerted effort to access your employer’s (and your own) financial records.

Indirectly, however, it’s an indication that major Egyptian banks are willing to collude with the military, even if it means putting the government’s wishes ahead of their clients’ best interests. This is not the first time, after all, that Egyptian banks have made an appearance here on Expat Wealth.

In mid-September I wrote about my own experience with CIB, which effectively held nearly USD 3,000 of mine hostage in a current account until I began campaigning on social media and contacting reporters. In the course of my “investigation” I also talked with a couple of HSBC customers who were having similar problems accessing their funds. They, too, have had to improvise solutions–in one case actually transferring money to another HSBC customer’s account.

Bear in mind also that HSBC’s 2011 Expat Explorer Survey found Egypt the #2 expat destination in the world, after Thailand.

It’s impossible to say for certain that my problems were the result of a concerted government effort to hinder capital flight. I was, however, told by one CIB customer service rep that the government had forbidden external transfers. Whether she slipped, was outright lying to me or simply having a hard time communicating to me in English is tough to say.

What is certain is that expats banking in Egypt should not assume their money is safe just because it is in the hands of a large bank. As I wrote in September, there are several key risks involved:

As an expat, your best option is always an offshore account. The downside to these is, of course, that they typically require rather large “relationship” balances. Provided you can afford them, however, they will allow you access to your money anywhere in the world, effectively limiting much of the risk mentioned above and with no additional fees.

Another option is to wire money abroad using a service such as Western Union or Moneygram. Here the problem is that you need someone you trust to receive the money in the destination country. Additionally, commission on such transfers can be extremely expensive.

Each approach has its pros and cons. Regardless of which you choose, pay close attention to banking news while you’re in Egypt. Political tensions remain high and there’s really no telling what will happen over the next few months, particularly if the results of the upcoming elections are perceived as fraudulent. Expats will be well-served having money where they know they can access it.

Nick Lewandowski has lived abroad in Germany, Spain and Egypt. He works as Writer/Editor for Just Landed’s series of expat blogs, including Expat Wealth, Expat Health and Expat Marketing.