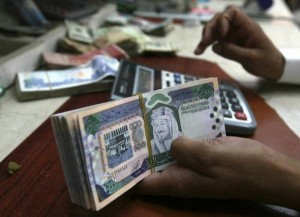 New rules governing external transfers will force expats to keep the bulk of their earnings within Saudi Arabia.

Saudi Arabia’s Minister has announced the country will limit the amount of money expats can send out of the country, according to a report by Eman El-Shenawi in Al Arabiya. New regulations will require expats keep the bulk of their money in Saudi Arabia. The measure is aimed at boosting Saudi Arabia’s economy and lowering unemployment among locals–which stood at 10.8% in July.

About nine out of 10 workers in the country are foreigners.  This has led to millions of riyals being transferred back to their home countries, harming the local economy.

The Saudi Labor Ministry hopes the transfer limit and 30 other initiatives (ranging from caps on the population of foreign workers to job skills training) will halve unemployment within the next three years, wrote El-Shenawi.

Opinions on the issue seemed split. One commenter on Shenawi’s story, identified as Hamid, wrote:

Once someone earned their salary, it is no one’s business to tell him how and where to spend it, it is arrogant and impractical to impose such a draconian measure. If the aim is to bolster the local GDP by keeping money in the country, then a long-ranging move should be implemented where the country starts making its own goods and growing its own food.

I agree with this policy; to sustain the domestic economic growth it’s critical that foreign remittance process have controlled threshold. In US/Canada, as citizens, we have to declare (controlled threshold) any remittance of over 10K to any offshore soil. I am sure this policy is putting per/year remittance control or threshold in place. This does not mean that they are controlling your hard earned money.

Opinions aside, demand for financial services is likely to increase as a result of the policy. After all, expats will need somewhere to put that money once it starts piling up within the Kingdom’s borders.

One more among the most strictly regulation system of the country.