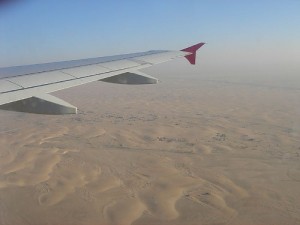 Saudi officials want to keep expat funds from flying out of the country, but businessmen think it’s a bad idea.

Saudi Arabia has turned heads recently with a proposed cap on expat money transfers. Expats send the majority of their money out of the country, which officials say hurts the non-oil economy and keeps local unemployment high.

The proposed transfer limit has sparked heated discussion not only among expats, but also Saudi businessmen and officials. The Saudi Gazette presented the opposing views in a recent piece.

We have deficits in our non-oil budget. I admit that our general budget has been making surpluses since 2003 but at the same time there have been accumulated shortfalls in the non-oil sectors since 2002. This is clearly not sustainable for the Saudi Arabian economy.

He said the government should therefore do whatever is necessary to keep cash within Saudi Arabia’s borders.

The labor market in the Kingdom is considered the best job market in the region because it offers various freedoms and advantages for workers which is seen in the annual transfers abroad of USD 26 billion. I support efforts to control illegal funds but I disagree with any measure to take away the financial freedom of workers.

The two men’s comments summarize the key points for an against transfer limits rather nicely. The way we see it, Saudi Arabia would be making a big mistake by cracking down on legal expat transfers (big surprise, right?).

But seriously. Such a drastic move would undermine confidence in Saudi Arabia’s non-oil economy. It would also discourage expats from taking assignments in the country. Granted Saudi Arabia is implementing plenty of policies to that end, but the government is kidding itself if it thinks locals have the technical skills and professional drive to quickly replace the country’s highly-skilled expatriate workforce.

Clearly, capping remittances is a losing proposition for both expats and Saudi Arabia.